Close your eyes and imagine the sea, the colors, the air and the surprises of fresh Mediterranean nights … the paradise you are looking for is to Tremiti and you can reach by boat from Termoli. A magical place dedicated to all those who want to indulge in the colors of nature, to those who wait a year the heat of a hot Mediterranean sun or simply those who want to run the risk of many of these islands have left “a piece of heart “in love with one of the most intimate, alive and real in our Italy. 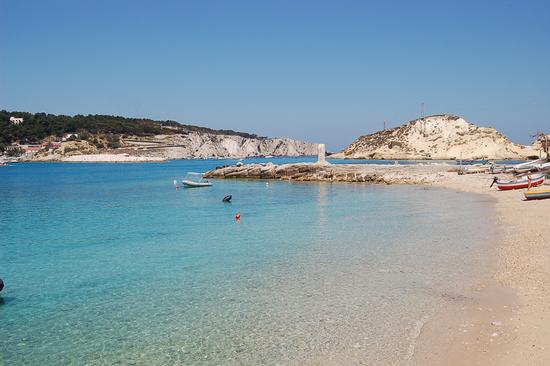 Known as the “Pearl of the Adriatic”, the Tremiti attract thousands of tourists, Italians and foreigners, thanks to the clarity of the water and the beauty of the landscape. In ancient times the islands were known as the Diomedes, the mythical greek hero Diomedes, who according to legend, in his travels in the Adriatic, in Daunia blackberry stops in the archipelago where he was buried. His companions were turned into birds by Venus: the Diomede in fact, that every spring leave East Africa to the Adriatic to nest on sheer cliffs typical of the coast of these islands. Their song that feels particularly at night, which according to legend is nothing but the cry of the companions of Diomedes who mourn the loss of their hero. Their current name was given by the Romans volendole indicate how three mountains (the three major islands) that emerge from the waters of the sea on the horizon. 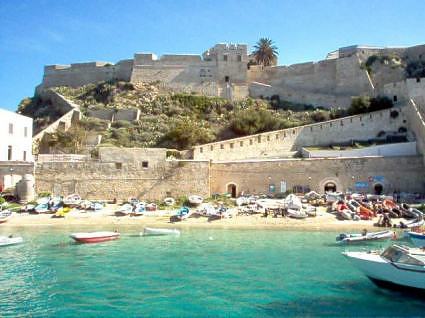 As soon as we arrive in San Domino feels a great sense of peace and tranquility characteristic of Tremiti. The island is famous for its impressive caves, like the Bue Marino, above which rise the two rocky peaks: hanged and Ripa of Falcons. And ‘This is the largest island where there is the only sandy beach of the archipelago, Cala of Arenas and in which are concentrated all the facilities of the Tremiti, all surrounded by the pleasant aroma of pine trees scattered throughout the dÂ’Aleppo territory.

San Nicola is perhaps the most romantic of the Archipelago to the fact that at sunset the sun, a phenomenon of phosphorescence, takes on a very particular color that gives all ‘island a fairytale atmosphere. The island is the historic center of Tremiti, it is here that we find, in addition to many other ancient buildings, the famous Benedictine Abbey of Santa Maria a Mare, one of the largest religious buildings built over the sea and a pilgrimage site. 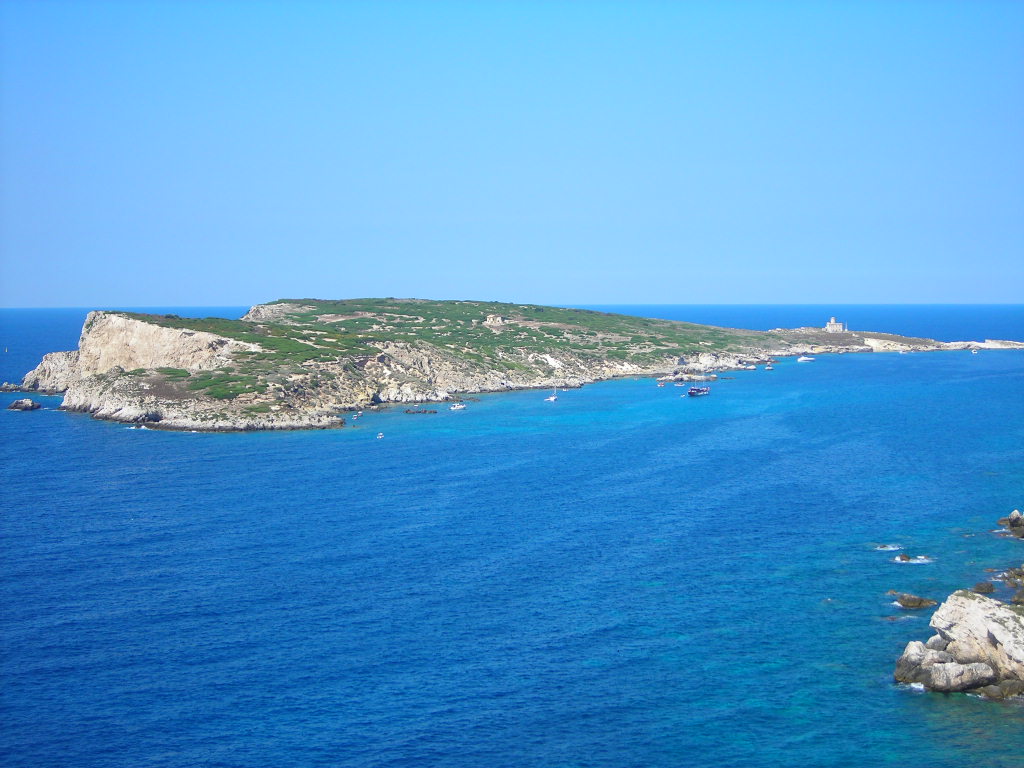 Capraia consists of 44 hectares of land and is home to the famous “Architiello”, a real natural monument carved into the limestone. In antiquity the island was covered by dense forests, it is now mostly made up of sparse vegetation and low. The coasts are opened in some bays and numerous caves that color the landscape of different shades. Cretaccio, located between San Domino and San Nicola, is a rock oddly shaped crescent. Here the soil is rich in clay.

The last island of Tremiti is Pianosa: covered with white stones, is devoid of vegetation, but to make its waters are home to a rich flora and fauna.