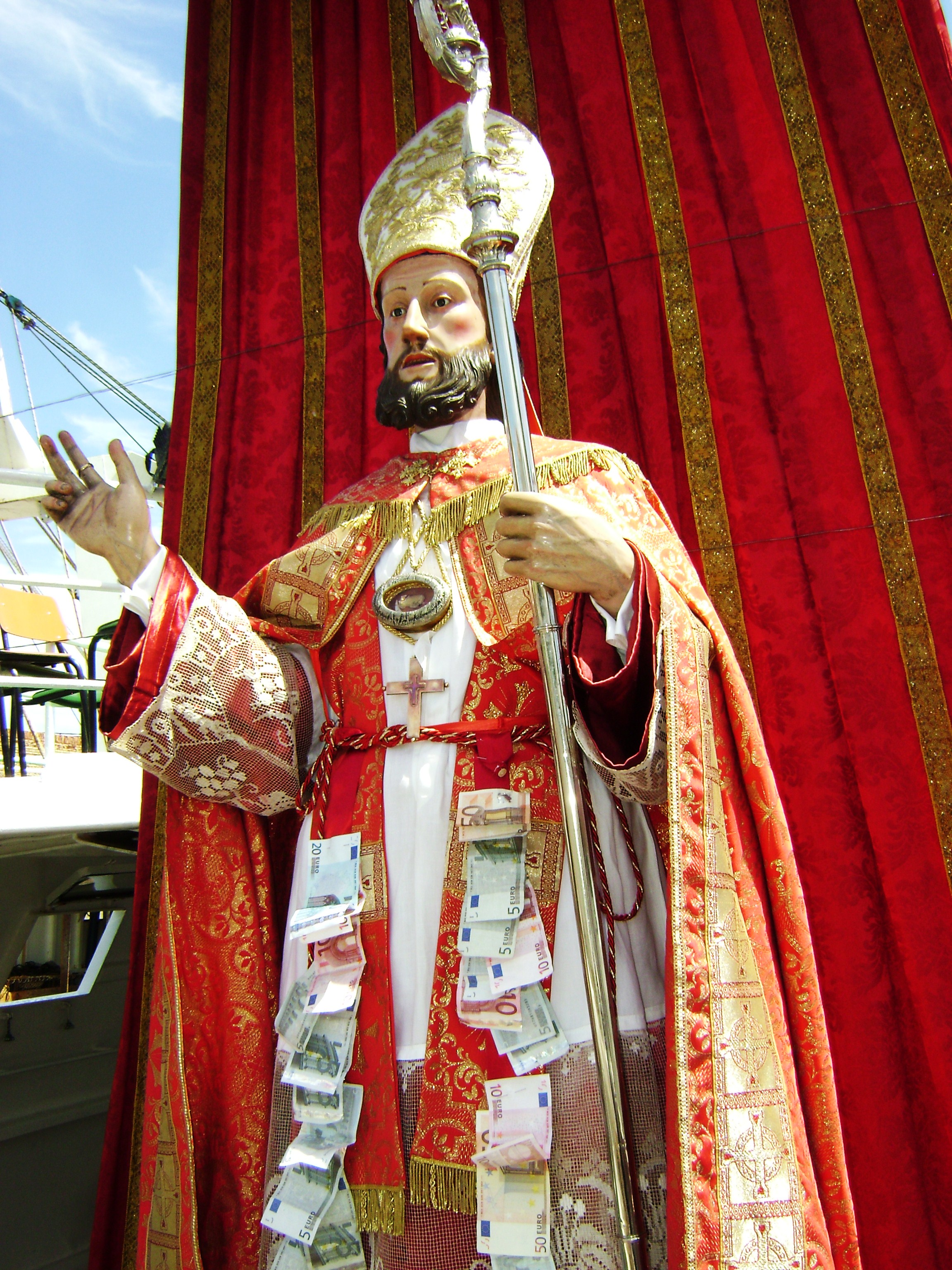 The religious holiday marks the 5 dicember, day in the Romanesque cathedral, which houses the relics, the bishop celebrated a solemn Mass in honor of the saint in the presence of authorities, associations, sailors and devout people.

But the real celebrations are held in the summer between 3 ed il 4 august. On the morning of August 3, after Mass in the cathedral, we proceed with the typical and historic “procession to the sea“, during which the statue of St. Basso is brought aboard the trawler fleet of Termoli by lot days before, decorated for the occasion. Other boats follow the boat of Santo laden with people, thus forming a very impressive procession. At the midway point, the boat with the Saint is thrown into the water a wreath in honor of the patron and as a sign of connection to the sea: an ancient legend has it, in fact, that they were just fishermen from Termoli to find off the sarcophagus the relics of Bishop St. Basso.
At about noon , the procession returns to port, and the party goes on in the evening when the statue is carried on shoulders in procession through the streets of the Borgo until the fish market where it is venerated until the next morning .

At 6 in the morning of August 4, after the night vigil, a Mass is celebrated before the same market that concludes the permanence of the statue of the saint in the environments of the sailors. In the evening at 19.00 it is celebrated another Mass , this time in the square outside the cathedral, and to follow the last procession, the most attended, this time through the streets .
The festival continues between stalls, peanuts, rides and the usual spectacular fireworks that greet postponing the appointment the following year.

The burning of the Castle

In the history of the city of Termoli part certainly not happy but still fascinating occupies the assault on the village of the old Ottoman fleet led by warrior Pialj Pasha. This attack, which actually affects not only the coast but also the Termoli Abruzzo and Puglia, is dated 1566 .

The walls and the Castle of Termoli, already damaged by the recent earthquakes, were easily besieged by Ottoman troops : the 2 august 1566, landed with about 200 galleys , the Ottomans besieged the old fishing village, destroying houses, walls and setting fires (the most serious was the one that saw the already old Romanesque cathedral ) and making many prisoners could not escape in the countryside.

Historical chronicles say that a heroic resistance to the Turks was opposed by the population in the countryside between Termoli and Guglionesi where, thanks to the tenacity and courage, he managed to stop the enemy invasion. And over there, already from 1545, it stood a Capuchin monastery and a shrine dedicated to Our Lady of Victory, now known as Madonna a Lungo. Here for years he was recalled the event with popular representations made ​​by ordinary people who proudly recalled the historic victory of their ancestors .

From 2001, on the initiative and thanks to the historical research of Nicolino Cannarsa published in collaboration with the municipal administration, the 15 august Termoli to remember the event of the landing turkish with a historical and popular representation made ​​of costumed extras and musicians. This event goes to reinforce what was the only sign left in the years of the memory of the historical event tied to Pialj Pasha, which is the characteristic and picturesque “fire of the Castle” and it draws a lot of tourists in town and curious .

This is obviously a simulation, with fireworks, fire caused precisely by the Turks, and that, with more imagination than with historical faith , draws upon the ancient walls of the village and its castle . 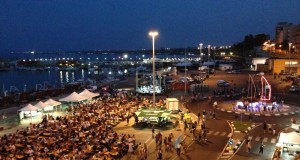 The fish festival that concludes the summer of Termoli the last weekend of August recalls in cities large numbers of tourists. The festival has very ancient origins and its first edition held in the square of the port , near the offices of the captaincy , with the area that is usually used for parking set up with long tables and benches .

Already early in the afternoon starts the comings and goings of the ” experts” and the first curious tourists and , at dusk , you start frying.
Once the two pans were filled with oil and the fish , checked over by a group of boys and girls, when it reached the right browning and cooking point ideal, was extracted from the pans with a special wooden stick at the ends there was a basket. Today, to hygiene standards, are used to cook the fish numerous electric fryers filled with oil strictly coming from the hills of Molise.
The fry, which for the most part is composed by good mullet named  “agostinelle”, from squids and by scampi of Adriatic sea, is served in bowls and eaten piping hot at the table. Do not miss the stand of beer being poured in pints and drink in large gulps to face the hot summer evening .

The port, in this one night of the year, becomes a meeting place and hundreds of people go there just for a stroll through the stalls of street vendors. The music of some local band and often well-known names in Italian music accompanies tourists and Termoli until midnight when the first shot warns that is about to start the fireworks .
At that point the National Course and the Borgo vecchio the people down in the square of the port or place on the ancient walls of Via del Belvedere to attend the fireworks that light up in the last day of summer party night Termoli .